Supporting research and production in animation!

TAIS is delighted to announce three artists in residence for 2022-23 who will  engage in self-directed work, towards the completion of a new short independent animated film or video. This residency comes with a combination of monetary funding and in-kind use of studio space, equipment and resources at TAIS Studios, located at 1411 Dufferin Street, in downtown Toronto.

The Residencies are 5 weeks long, taking place between June 2022 and March 2023. The selected artist(s) are awarded with $1500 in-kind towards 5 weeks of studio space, equipment and resources at TAIS Studios, and $2000 in cash funding for the project. Emily Pelstring is an artist and filmmaker, and is faculty in the Department of Film and Media at Queen’s University in Kingston, Ontario, Canada. Emily’s artistic research often brings antique media into contact with contemporary images, exploring the evolution and cultural perception of various media forms, the material contingency of the cinematic spectacle, and the intersections of science and magic. These inquiries have been supported by the Social Sciences and Humanities Research Council, the Canada Council for the Arts, and the Ontario Arts Council, and the results have been exhibited internationally in museums, galleries, DIY spaces, and festivals. She has directed many music videos and short experimental films, specializing in animation techniques for 16mm film and analog video. In addition to her solo work, Emily is engaged in ongoing artistic collaborations with Jessica Mensch and Katherine Kline, her “sister-crones” in the performance trio The Powers, and was a core organizer of The Witch Institute, an international symposium discussing media representations of the witch. Description of the work: Spirit of the Hedge

This residency will support the production of a short film which interprets themes emerging from the etymological roots of the term “hag”. Stemming from the Old High German hagezussa, this term has complex and contested linguistic roots that can be loosely translated as either “the spirit of the hedge” or “hedge-rider”,  and suggest a cultural figure who sits at the boundary between the tamed garden and the wild, or resides at the edge of the village. The film takes interest in the variety of meanings and images behind the hag, and will attempt to capture the imagined perspective, in a fever-dream barrage of imagery, of this liminal figure as she traverses histories and locations. This project proposes the hag as a figure who challenges humanity’s sense of separation from nature, who begs us to question the ethical implications of this false divide. The production process will investigate some of the tensions at her threshold, making a link between herbalist witchcraft and technological imaging, creating moving images that are “animated” on multiple levels: by the human hand in drawing; by the computer; by the cinematic apparatus; by the interaction between chemicals on the surface of the film strip.

The film is a companion piece for an installation project entitled The Passion of the Hedge-Rider, to be exhibited at the Kitchener Waterloo Art Gallery in September 2022- January 2023. Una Di Gallo (CA)
Bio: Una Di Gallo is an award-winning animator and illustrator from Hamilton, Ontario. Since 2018 she’s worked in-house and freelance at a number of studios in Canada, and has directed two independent shorts. Most recently, she directed animation for a National Film Board documentary. She is now in production of her third film, Northened. In her spare time, she makes music and publishes a yearly zine.

Project description: Sam and Franklin navigate an endless, dreamlike summer in industrial Hamilton: massive factories loom behind houses and electrical towers dot the beaches they explore. They spend most of their time loitering and participating in small acts of mischief, letting their imagination colour the dreary environment. Time moves slowly and in tandem with the muggy heat; their days are largely cyclical. One day, they encounter a strange event at the beach, which threatens to disrupt their routine and sense of reality forever. Told using atmospheric vignettes and with a strong sense of magical realism throughout, Northened explores the dreary wonder of Hamilton’s industrial landscape, and the ultimate limits of one’s environment.
________________________________________________________ Sacha Beeley is an animator & visual artist. After completing her MA in Animation, Sacha’s graduate film, Big Toast, was met with industry-wide praise. She creates surreal and playful animations with character-driven storytelling. Her work has been screened internationally at festivals such as the BFI London Film Festival, San Diego Underground Arts Festival, Athens Animfest and Flatpack Festival. Sacha currently lives and works in London.

Sacha will be at TAIS in September-October working on a 5-minute 2D animated comedy/drama titled Big Spoon.

Where does a spoon belong in the world? Is it to serve and to scoop? On a beautiful Greek island the gentiland lonely Spoon discovers her island identity.

Spoon, a gentil character with a natural affinity towards nature, travels to the Mediterranean. On the island, her attempts to make friends fail miserably as she isn’t the spoon people want her to be. Goofy, awkward and totally inept at scooping, Spoon finds her true happiness with the animals of the island.

A bizarre and absurd story of identity set in a beautiful Greek landscape, Big Spoon is a short and strange comedy about one character’s journey to finding their place in the world. The film will draw on elements from Greek myths, while focusing on character-driven comedy and surreal, rich visuals.

TAIS is delighted that 2021 Artist in Residence Malte Stein will finally be able to come to TAIS now that travel restrictions are lifted.

We are also excited that TV Paint has generously donated 2 licences for Malte during their time at TAIS. 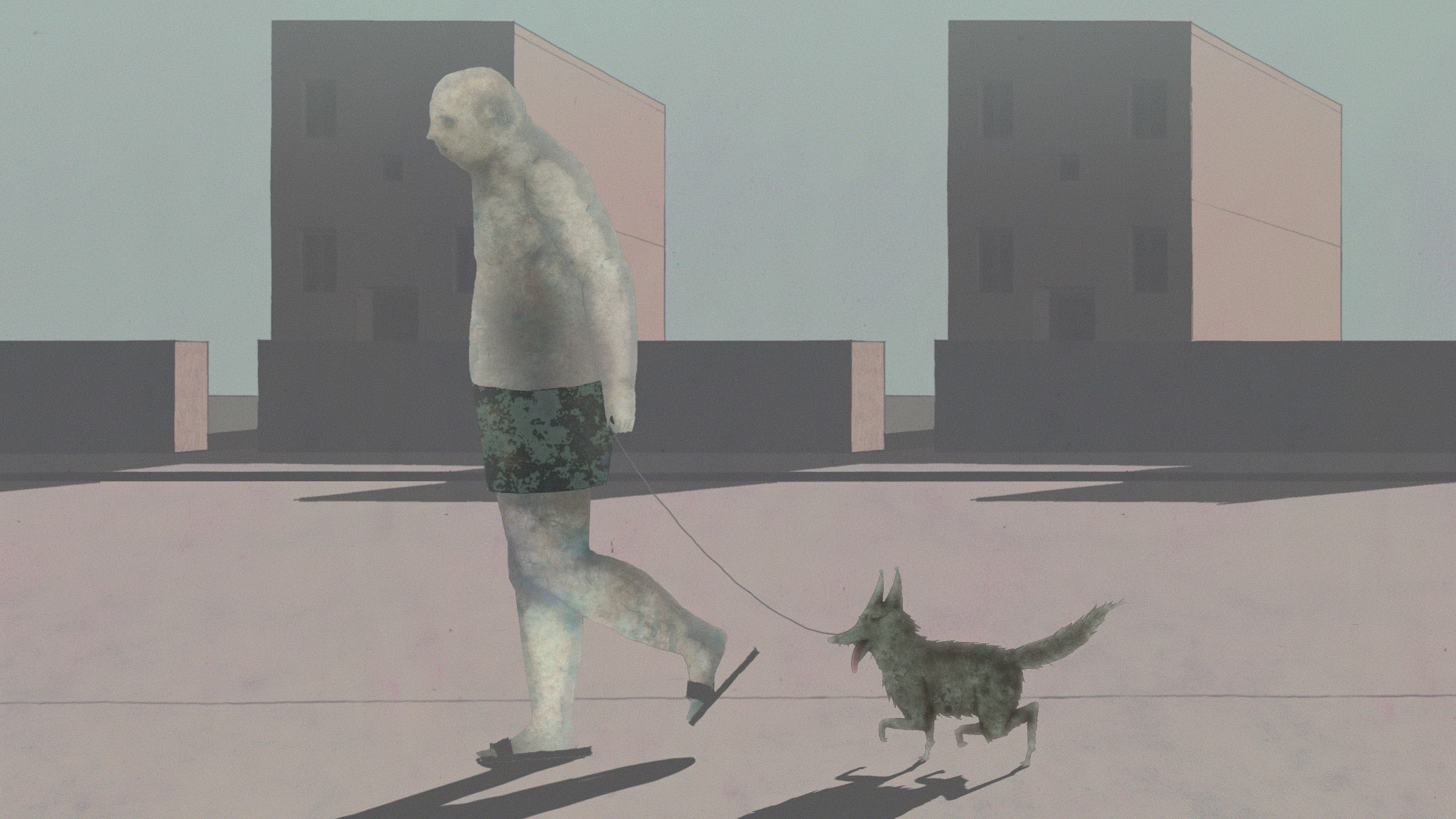 Malte Stein is an independent animation film maker and writer based in Berlin.  In 2013, he graduated from the University of Film and Television “Konrad Wolf” in Potsdam Babelsberg with a diploma of animation. Before that, he studied scriptwriting and drew a lot of comic stories since the 90`s. His films “Blue Dream” (2013) and “Flood” (2018) were screened on many Festivals all over the world and won several awards.

Project: During the 5 weeks of stay, he will develop the layout and finalize the character and background style of his next animated film project.